Steven’s most recent body of work was inspired by time spent in nature. In recent years, Steven became an avid runner and spends hours at a time on the trails and bridleways of Oxfordshire and Gloucestershire. Steven’s work has always been influenced by his surroundings. Drawing and line are used in a reductive method as paint is removed from the surface to create the image. In this series of work the canvas is covered in gold, silver or copper leaf and semi translucent layers of paint are added. Using various methods, this paint is then removed to create the subject matter, releasing the reflective properties of the surface underneath. The resulting image is designed to move and change with light, as in nature. 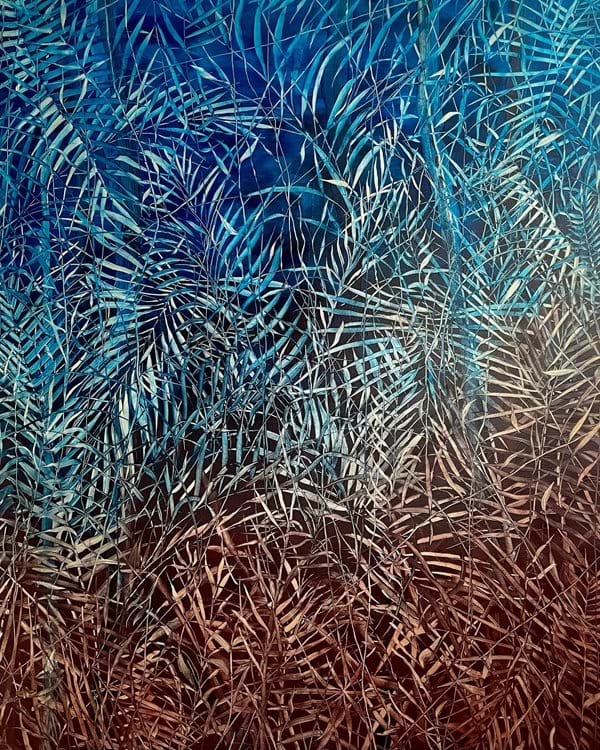 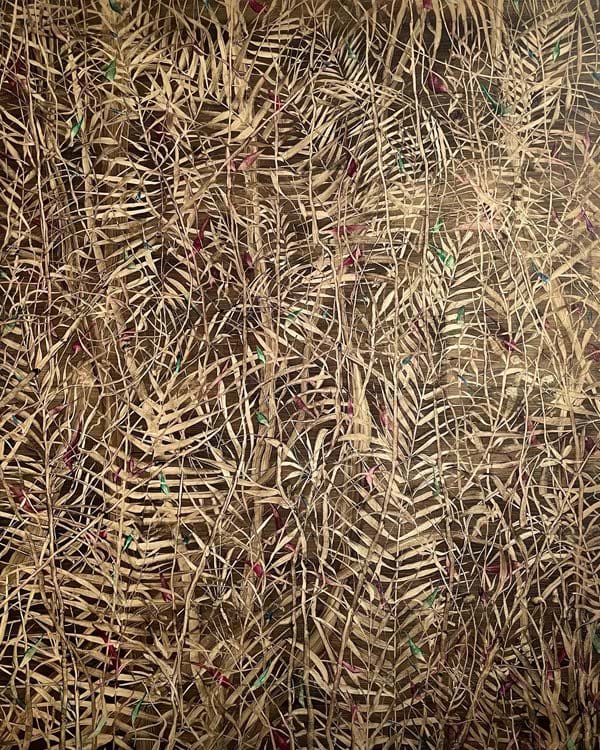 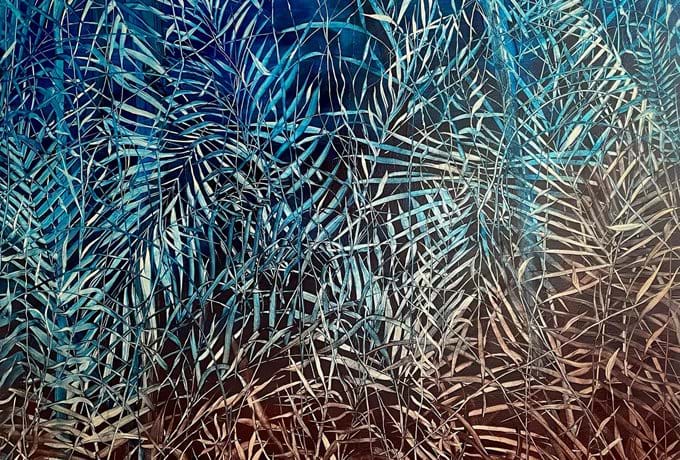 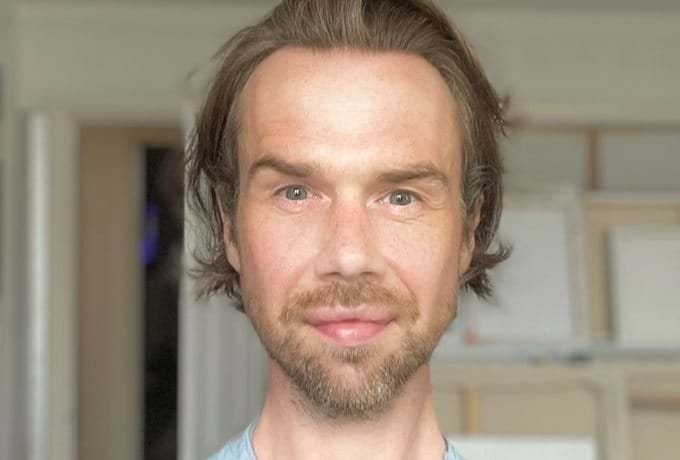 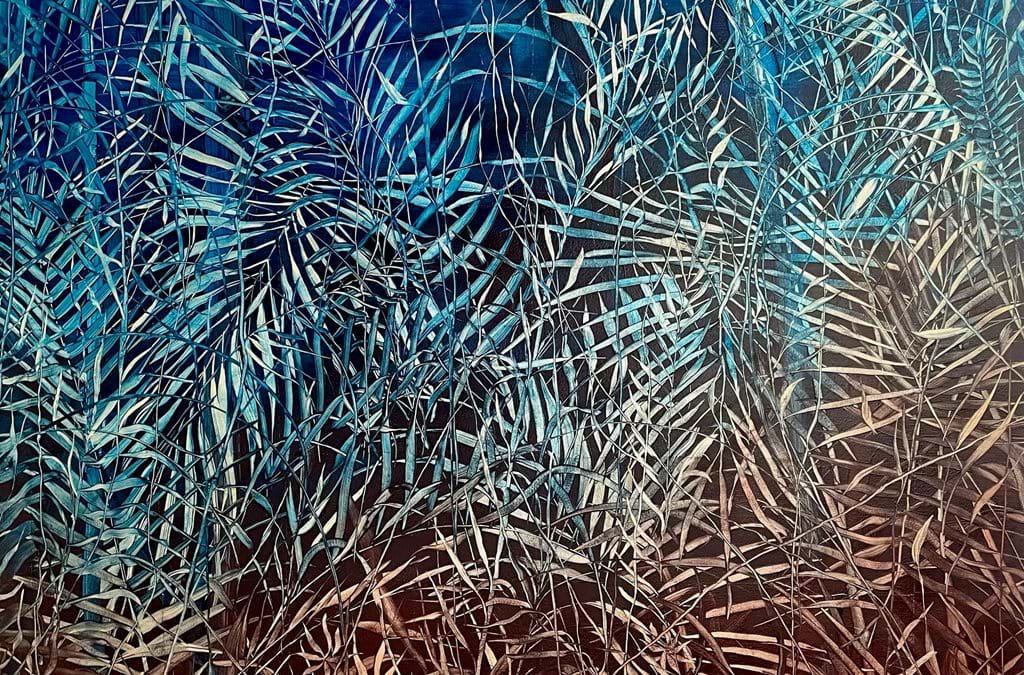 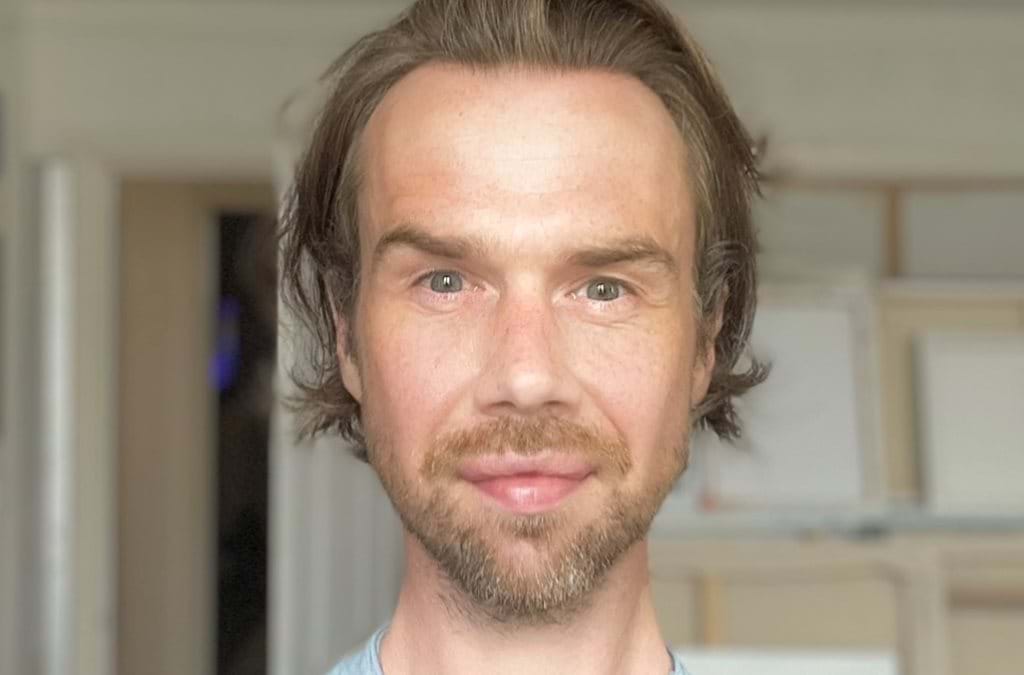 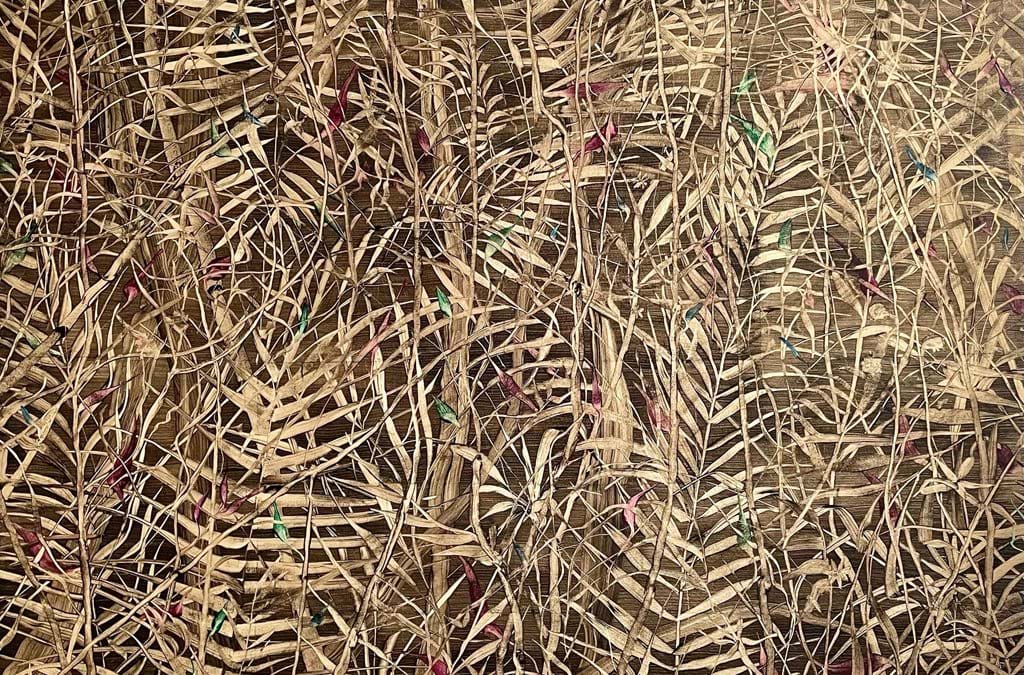