Take an early stroll through the cobbled streets of this delightful hilltown where great artists from Picasso to Matisse found their inspiration. Highlights include the Maeght foundation, home to one of the largest collections of 20th century art including Miró sculptures and an extraordinary Chagall mural. Sip a refreshing glass of Provencal Vin de Bellet and test your pétanque skill in the main square where Jean-Paul Belmondo star of screen noir, used to play.

From the Château, the Baou des Blancs soars up towards the azure sky. Stroll past our villas along a path and into the hillside through this wild countryside. The Col de Vence can be explored on foot or, if you prefer, on horseback. There are also numerous charming hilltowns to visit such as the fortified medieval town of Mougins and Eze, which is known for its spectacular views and exotic botanical gardens.

Our bucolic restaurant under the ancient olive trees is a true taste of Provence. Inspired by the season’s local produce, L'Oliveraie’s menu features herb-infused grilled fish and meats, authentic pizzas from our wood-fired oven, teppanyaki plates and zesty salads.

After lunch, take a small tour over to Antibes. This historic coastal town has a naturally protected port with clear views as far as Italy. The marina is a flutter of white sails and clattering masts, and host to Les Voiles d’Antibes, the first major European event of the classic yachting season. There are charming narrow cobbled streets, a Provencal market, the superb Picasso museum and a museum of Napoleonic memorabilia. 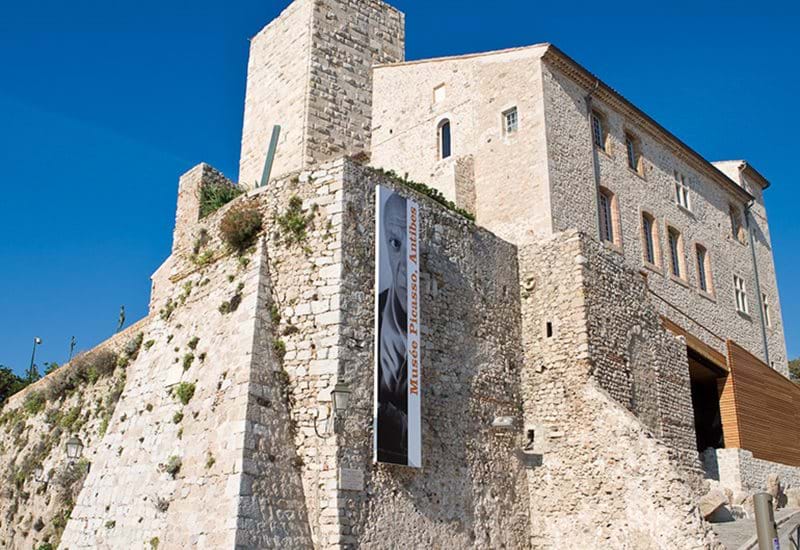 Antibes hosts a unique collection of Picasso’s ceramics at the Château Grimaldi, his former home and now a museum dedicated to his Côte d’Azur works. Like so many artists, Picasso was seduced by the sunlight and blue sea views, and stayed here inspired to create. This is a memorable stop-off on your return to Nice airport.