You are here:
The historic Brenners Park-Hotel & Spa

Since over 145 years, "Brenners", as our grand hotel is affectionately known, has presided over Lichtentaler Allee, in the heart of the verdant splendour of Baden-Baden’s famous park. Since opening its doors in 1872, Brenners has been in the hands of just two families, maintaining a passionate commitment to the traditions of elegant hospitality, while remaining at the vanguard of new developments. It was Brenners, for example, that pioneered the growth of wellness in grand hotels when we introduced an advanced spa concept in 1983. Over the years, the hotel has hosted numerous dignitaries from around the world: in the early days, the Shah of Persia, The King of Siam and a young King Edward VII; today, statesmen and Presidents.

The birth of Brenners

On 21 October 1872, the "Stephanie les bains", a hotel located in the Lichtentaler Allee with a strong French character, known as the Stephanienbad, is purchased by the Baden-Baden court tailor Anton Brenner resulting in the founding of the Brenners hotel tradition. 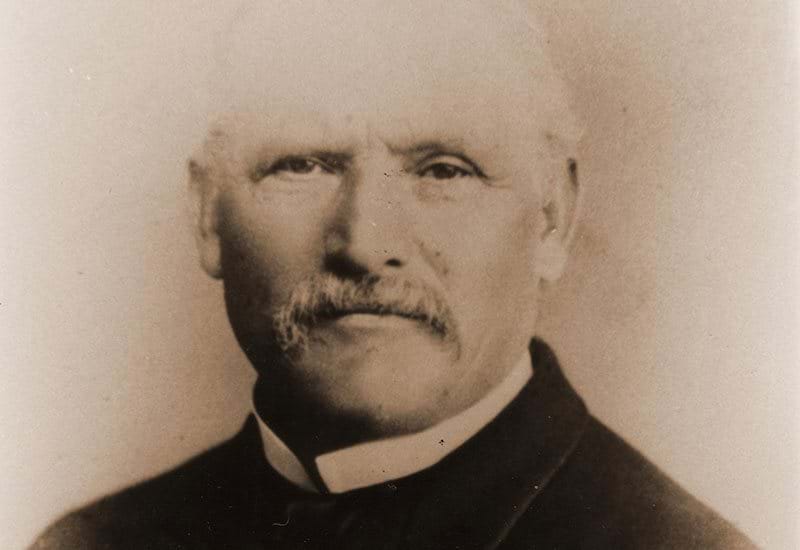 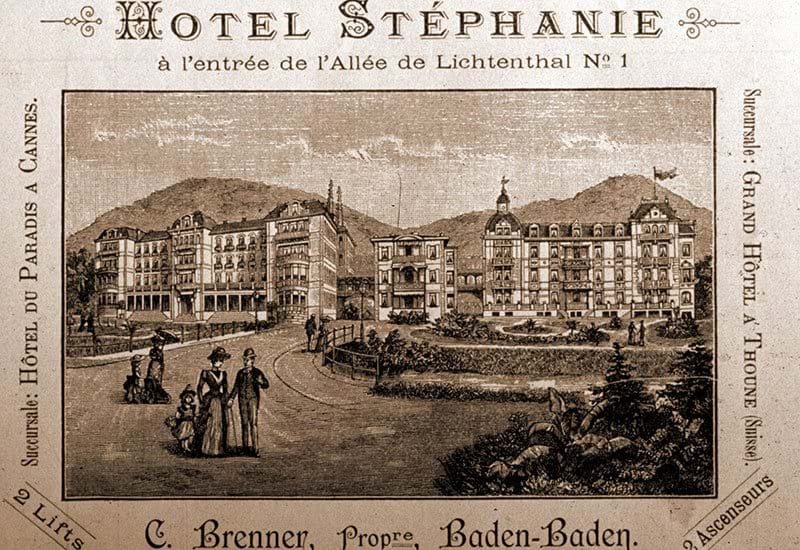 Camille Brenner -
a hotelier of genius

Camille Brenner, born in 1855, takes over the Stephanienbad from his parents and embarks on a programme of expansion. With this gifted hotelier at the helm, the hotel's ascendency to a world-class grand hotel begins.

With over 200 rooms of unparalled luxury, the Stephanienbad, now renamed Hotel Stephanie, has become a star attraction in Baden-Baden, a town which itself had developed into a leading spa resort. Entries in the guest book during this time reveal the hotel's importance: 1907 sees King Chulalongkorn of Siam and Laos accompanied by his large retinue holding court at the hotel. 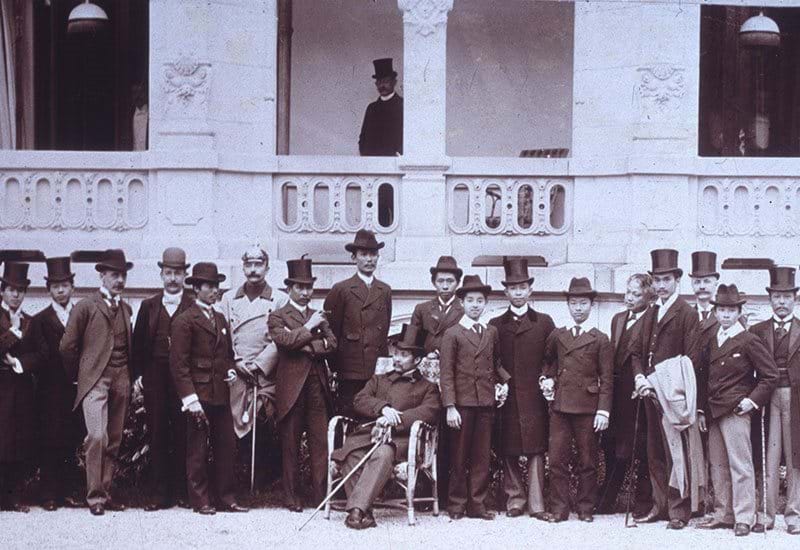 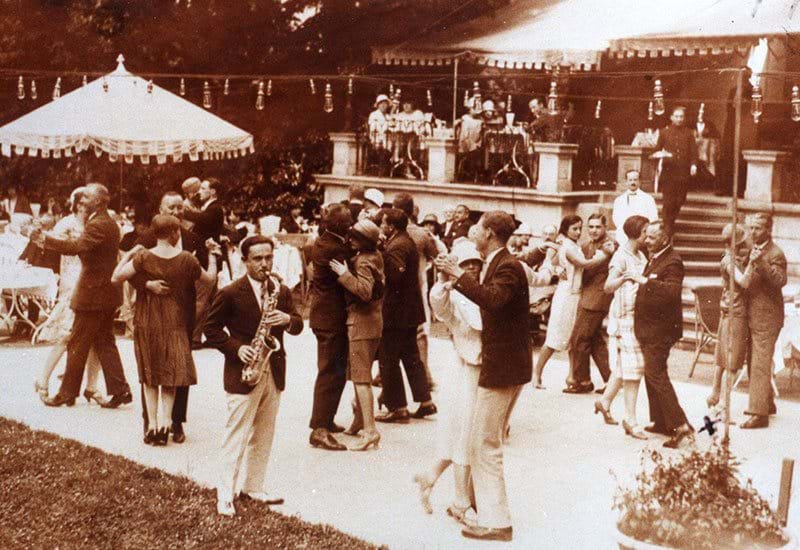 The roaring twenties at Brenners

Kurt and Alfred Brenner follow in their father's footsteps as hoteliers. In 1924, the renamed Kasino Stephanie draws so much attention with its summer dances that events are reported worldwide. For the Brenner brothers, the Twenties are literally "golden years".
1930

Challenging times in an explosive age

Following the difficulties of the early Thirties and the world financial crisis, international guest numbers begin once again to rise. At the height of this unfortunately short period of growth prior to the Second World War in 1939, Kurt and Alfred Brenner achieve the incredible feat of hosting 40,000 overnight guests in 1937. 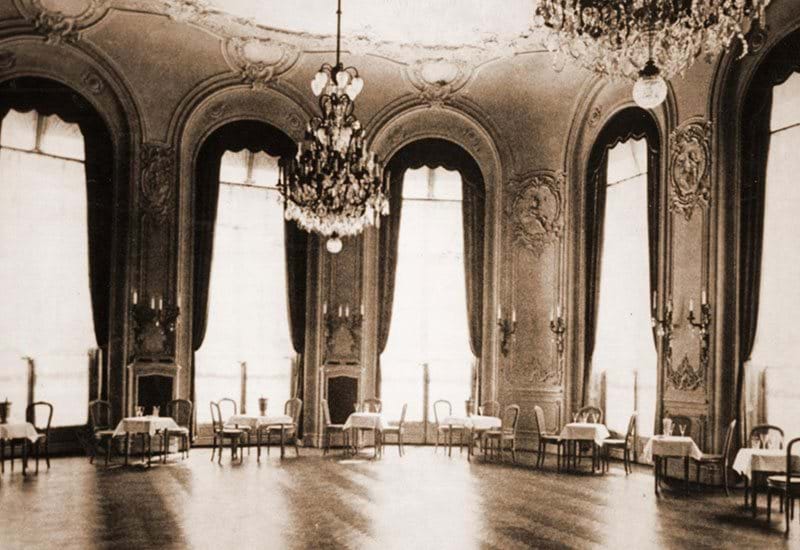 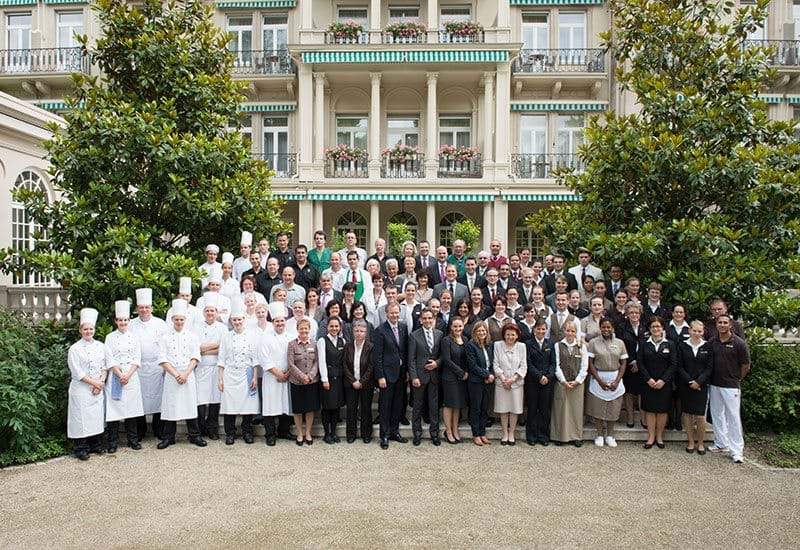 The Oetker family acquires additional shares in the hotel, making themselves the majority shareholder. The Baden-Baden hotel, now under the control of Rudolf August Oetker, who was born in 1916, develops into something remarkable. Over the years, Rudolf August Oetker involves himself in numerous activities benefitting the town, yet characteristically he always remains in the background – a trait common to both him and Camille Brenner.
1950

A new era for Brenners

With the reopening of the town's health resort facilities following the war, Brenners Park-Hotel with its 160 beds also reopens to guests on 1 April 1950. Even in the first year some 17,000 guests stay at the hotel with almost half of these coming from abroad. Throughout the 1950s, the hotel management is able to build on the success of the past. 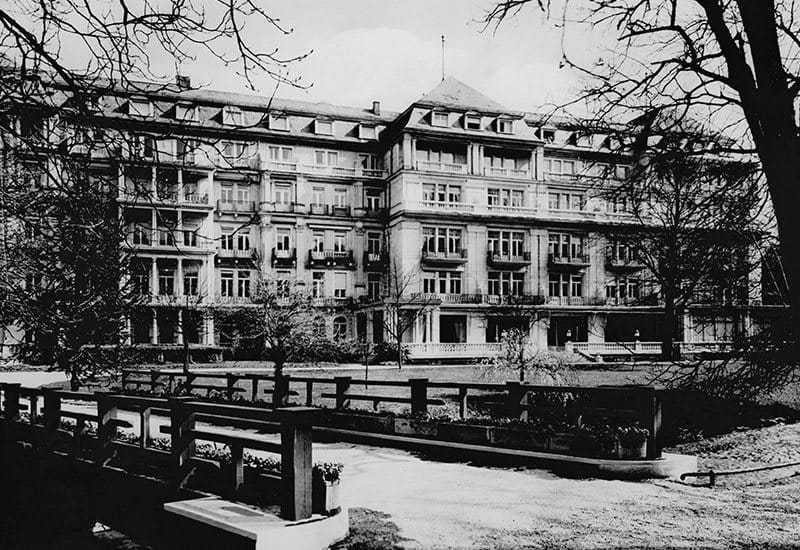 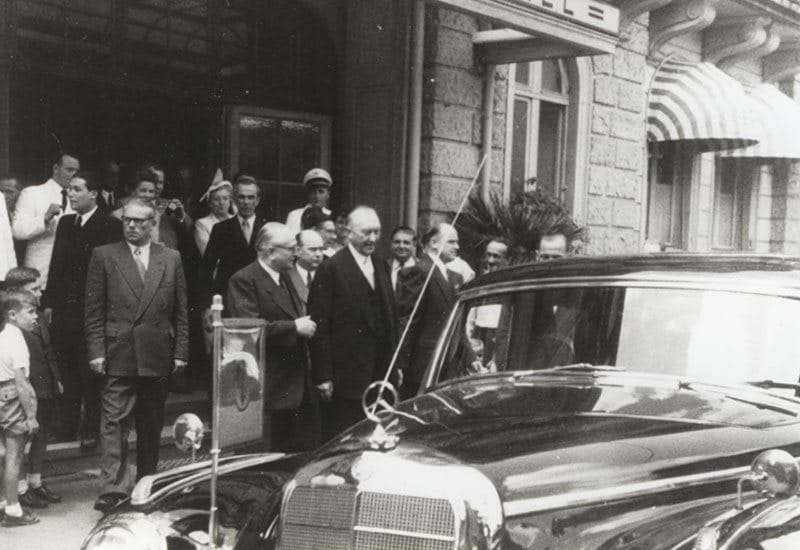 The cradle of europe

15 February 1962: preliminary talks on the Franco-German friendship treaty. Since this date, hailed as a milestone on the road to a united Europe, Brenners is also affectionately referred as the "Cradle of Europe".
1969

The last chapter of an intriguing family history

After 50 years of service in the company founded by his grandfather, Alfred Brenner retires from the board of Brenners Hotel KG and a great family tradition comes to an end. 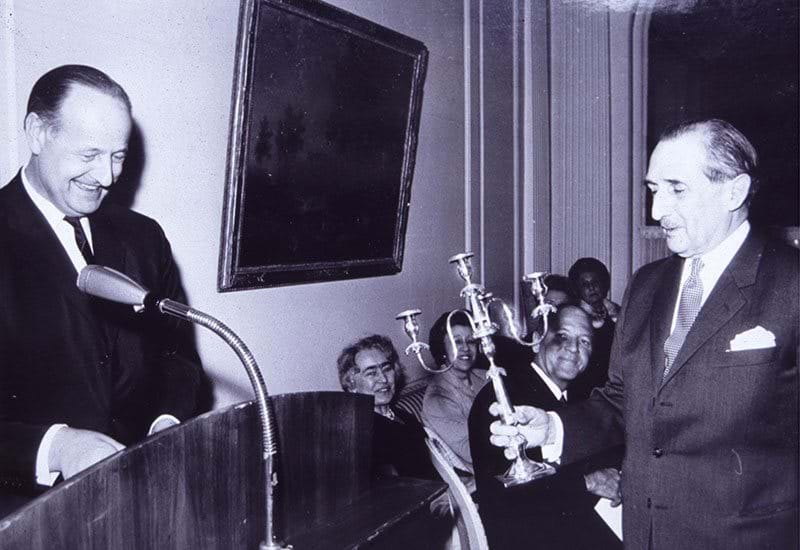 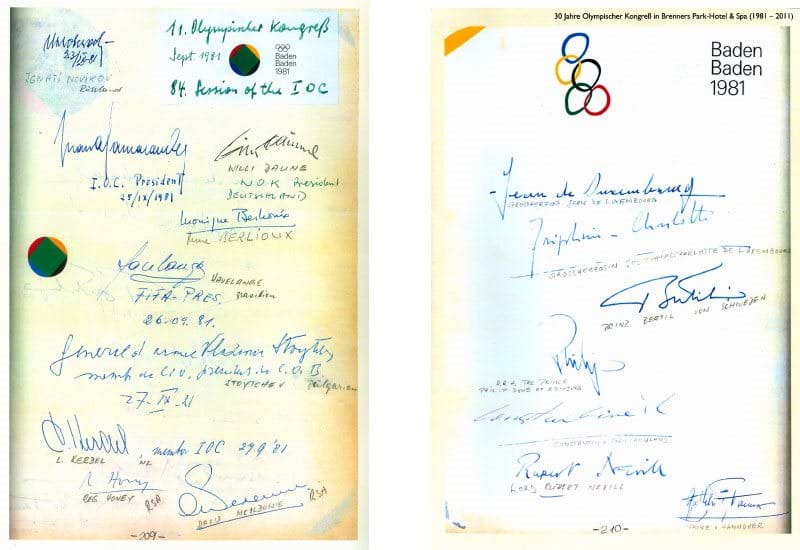 XI Olympic Congress and the 84th Session of the IOC in Baden-Baden and Brenners: Juan Antonio Samaranch, President of the International Olympic Game Committee subsequently awards Olympic city status to Baden-Baden on 17 July 1997.

"Sanus per Aquam": as a pioneer of the grand hotel, Brenners begins trading under the name of Brenners Park-Hotel & Spa and introduces its spa concept to Germany and the rest of Europe. In Brenners Spa, the hotel's guiding principle of "Lifestyle. At one with nature." becomes clearly established. 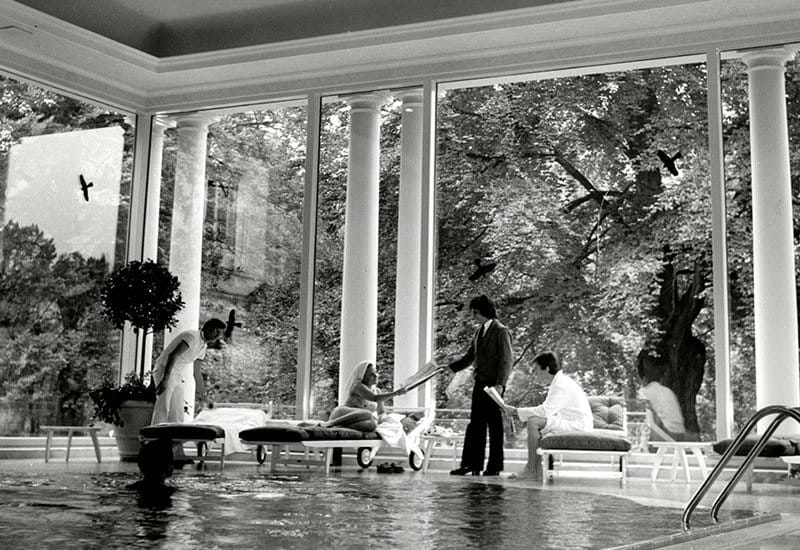 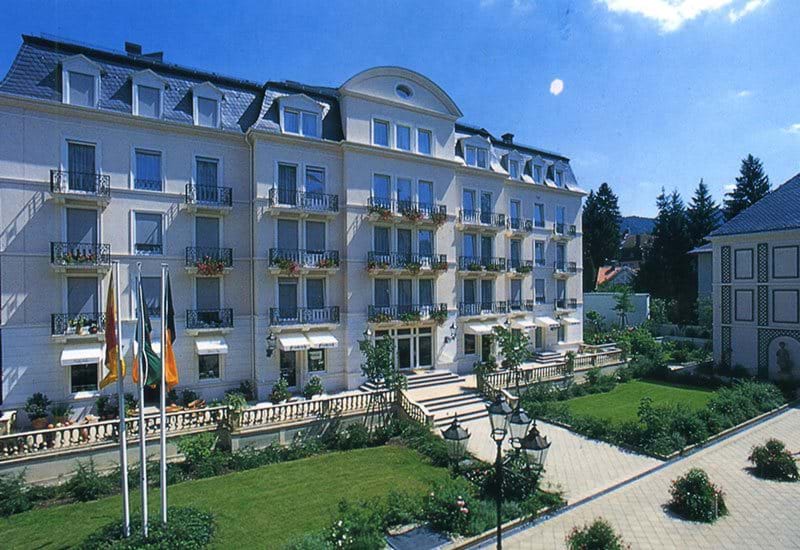 Vis a vis from Brenners

Time to look ahead: the completion of the Schillerstrasse project sees the attractive 19th-century structures of the Residenz Turgenjew and Villa Viardot incorporate a harmonious blend of modern architecture. Located opposite the hotel, the development introduces fresh impetus to the urban surroundings and adds to the beauty of the town.
1995 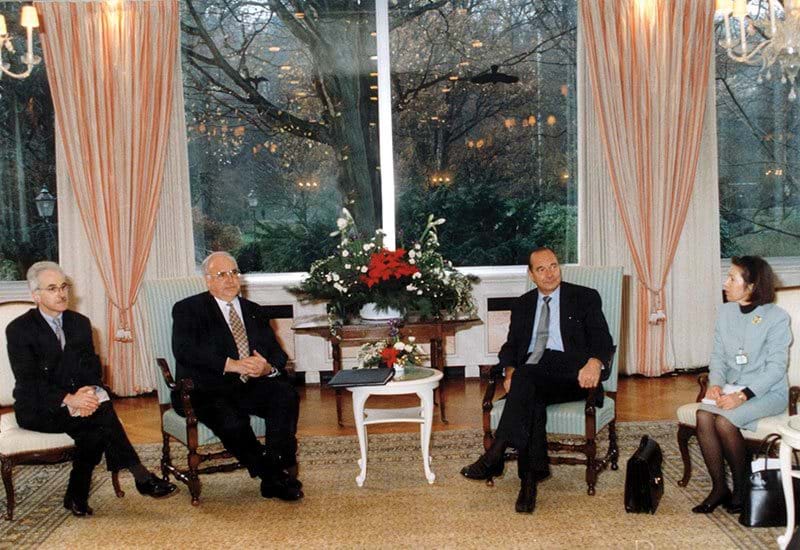 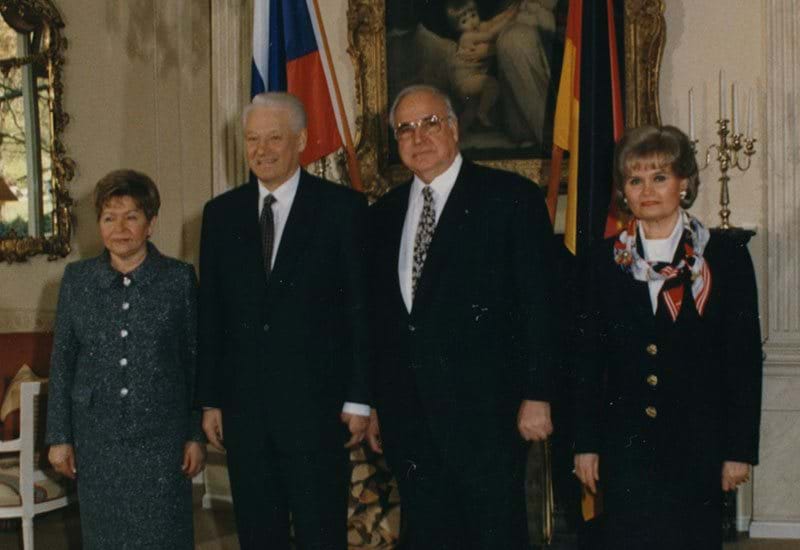 Historical evidence of the new east-west-relations

In April, as part of a state visit and because of the German Media Prize award ceremony, Baden-Baden is honoured to welcome Boris Yeltsin and Helmut Kohl together with their wives. The town leaves a lasting impression on the Russian presidential couple: "I must confess that my wife and I were fascinated by Baden-Baden."
2000

In line with the motto "A grand hotel becomes younger", Brenners Park-Hotel & Spa welcomes the 21st century with a newly-appointed managing director at the helm: Frank Marrenbach. His predecessor, Richard Schmitz, enters his well-earned retirement after 32 years' service. 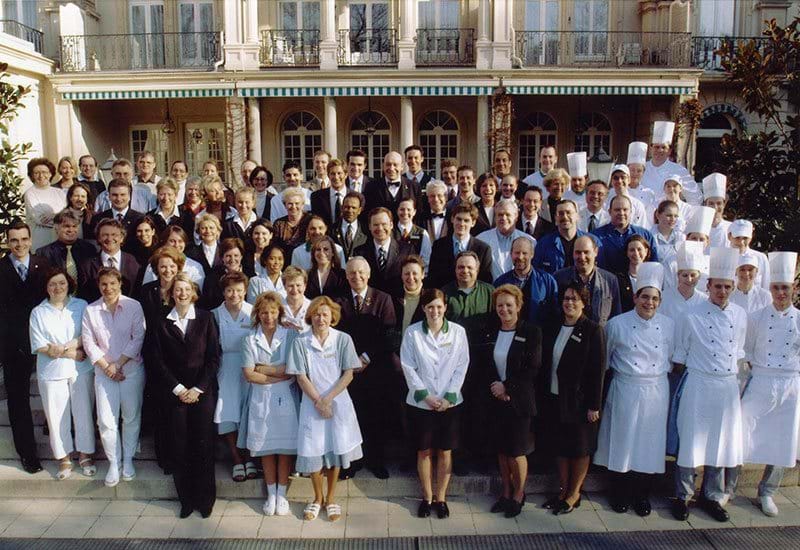 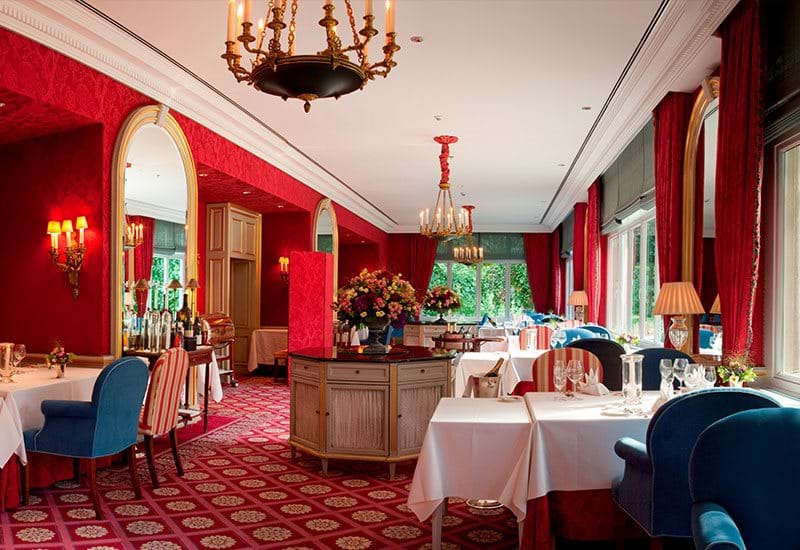 The Brenners gastronomic offering takes on a younger, more modern look: following the redesign of the spa complex, the function rooms and the Orangerie banqueting hall, today's Brenners Park-Restaurant, the Wintergarten, the Kaminhalle and the Oleander-Bar, come into being.
2004

Entertainment and racing fever of the highest standard: the Brenners Lounge at the Iffezheim Racecourse opens; a venue where a refined ambience and international flair are united. 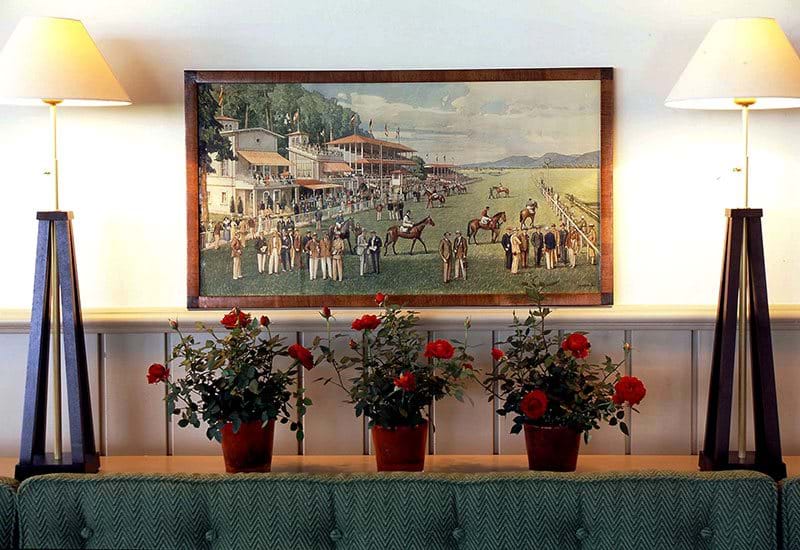 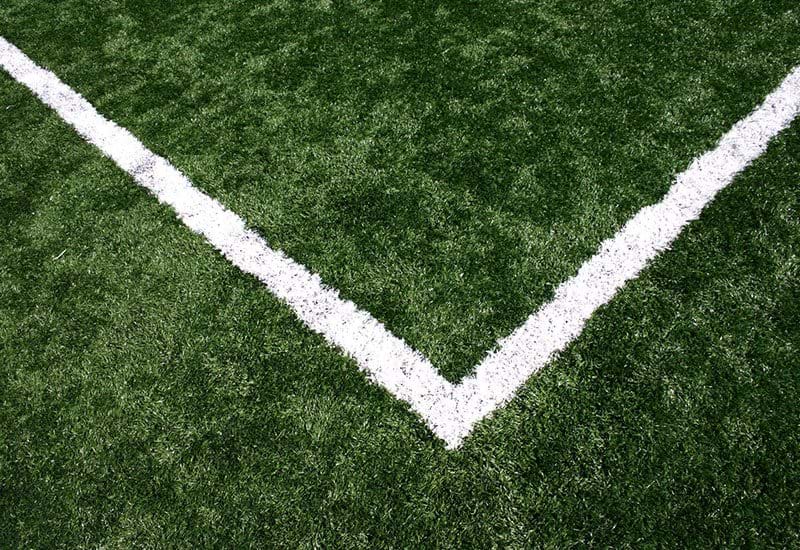 The wives and girlfriends of the football stars of the English national team descend on Brenners for a number of weeks. Britain's tabloid press camp out in front of the hotel: "The WAGs Circus in Baden-Baden" is the heading in the Daily Mail. A very special summer of football in Baden-Baden!
2008

The redesigned Brenners Parkvilla opens a new chapter in the history of the historic palace with accommodation options that offer the ultimate in luxurious living. 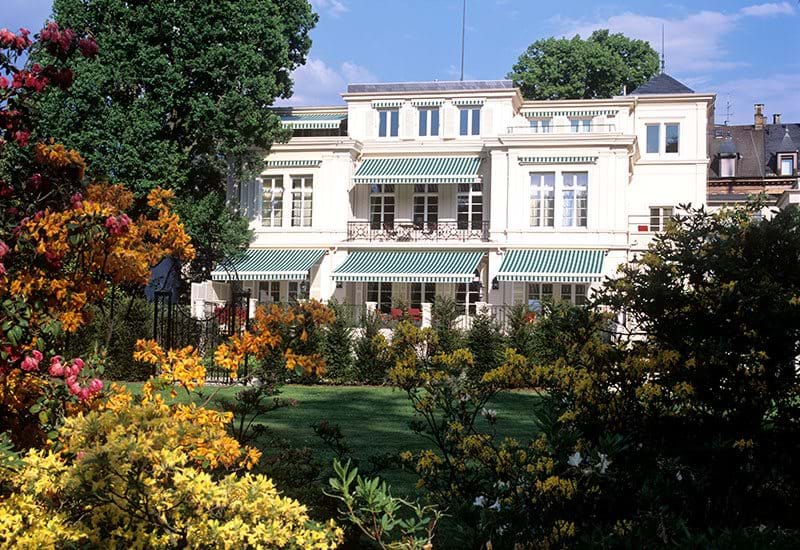 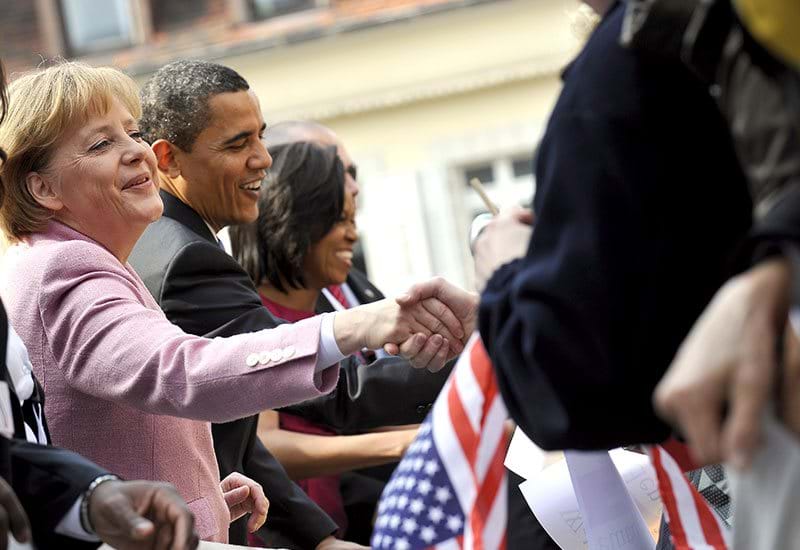 History repeats itself: during the Franco-German anniversary summit in Strasbourg/Kehl to commemorate the 60th anniversary of NATO, the anniversary celebrations are held in Baden-Baden. Earlier in the day, US President Barack Obama was a guest at the bilateral talks between French President Nicolas Sarkozy and German Chancellor Angela Merkel.
2012

A look at the past,
prospects for the future

Brenners, as the grand hotel on the Lichtentaler Allee is affectionately known by hotel guests, has for 140 years been synonymous with grand tradition, great commitment and motivation for the future. Having been in private hands for generations – passing to Rudolf August Oetker in 1941 to become the first hotel in the family's Oetker Collection – the internationally renowned grand hotel provides the town of Baden-Baden with a calling card that is presentable throughout the world. 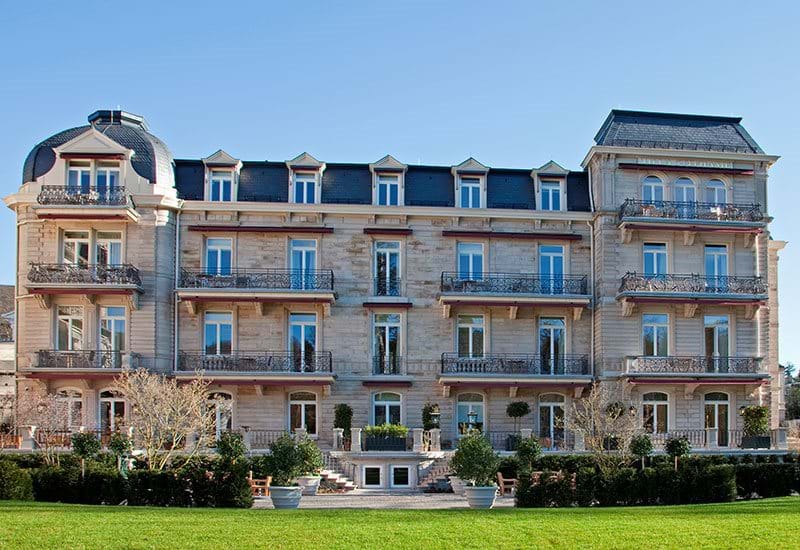 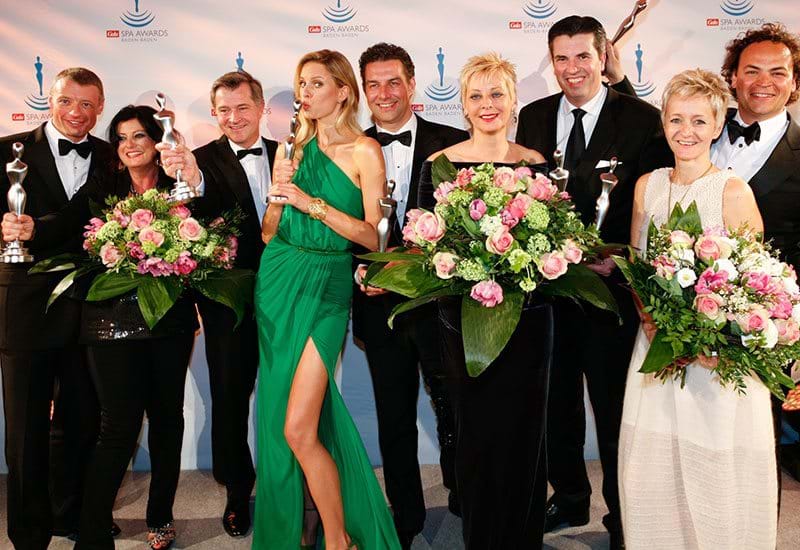 Held for the first time in 1996, the "Gala Spa Awards", initiated by the premium people and lifestyle magazine GALA and Brenners Park-Hotel & Spa, has developed into the "Oscars" of the spa industry. The winners of the Personality Award have included top model Karolina Kurkova.
2013

Two countries united through gastronomy: the 50th anniversary of the signing of the Elysée Treaty, whose cornerstone was laid in Baden-Baden, was celebrated by the Michelin-star chefs Paul Stradner and Yannick Franques in Brenners Park-Restaurant. 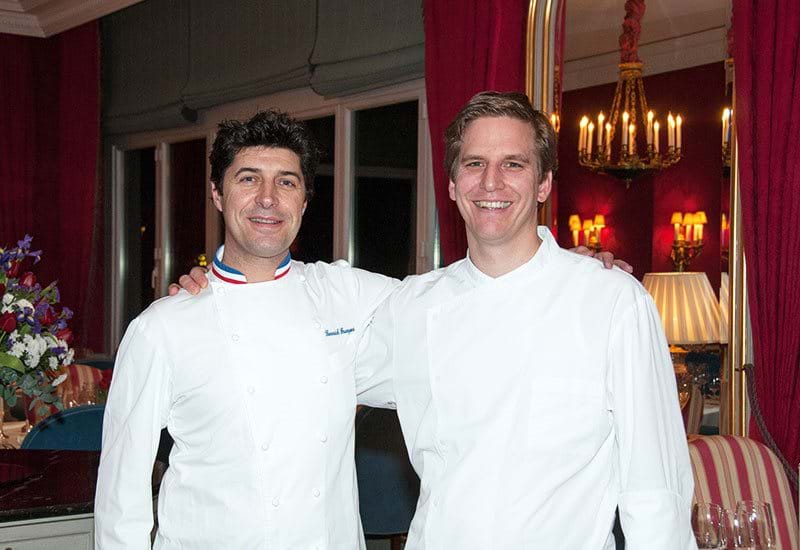 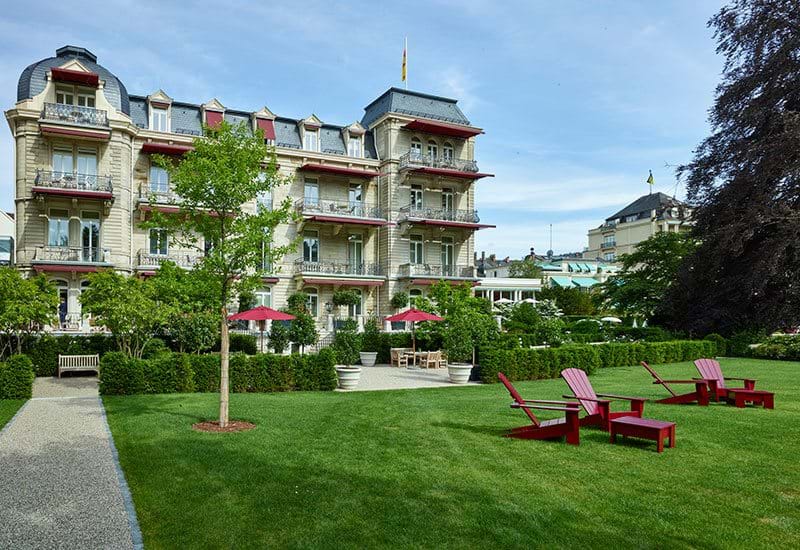 Europe's most impressive and innovative new spa opened in January 2015 at Brenners-Park Hotel & Spa. The new spa, housed in the historic Villa Stéphanie adjacent to the existing hotel, offers an integrated approach to health that reflects the hotel's decades of experience and expertise in the spa and medical realm.

Sharing is the new enjoyment. With Fritz & Felix Restaurant - Kitchen - Bar the city resort starts into a new culinary age. The food location stands for an urban way of life, relaxed communication and a cuisine that is as authentic as it is original.

The Fritz & Felix bar is a new crowd-puller of its own - inspired by the design and lifestyle of the Roaring Twenties.

At Fritz & Felix an evening becomes a real experience. 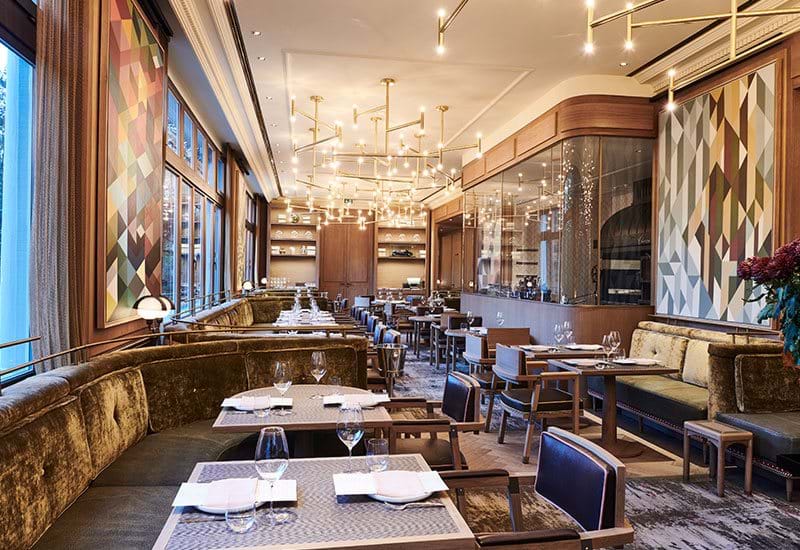